On Thursday, August 11, 2011 the Donkey Mill Art Center in Holualoa hosted an artist reception and educational program that featured ten finalists in the Ho‘oulu ka ‘Ulu – Revitalizing Breadfruit in Hawai‘i Art Contest. The well-attended reception began with a potluck dinner with numerous breadfruit dishes and other locally grown foods, highlighting the culinary arts of chef Olelo pa‘a Ogawa of Glow Hawaii. Artists and 'ulu enthusiasts had a chance to mingle in an open atmosphere of food, culture, and agricuture. After the meal, Andrea Dean and Craig Elevitch presented the Ho‘oulu ka ‘Ulu project and showed video clips of Hawaiian cultural experts relating the culture and history of breadfruit in Hawai‘i. Then well-known Holualoa artist Hiroki Morinoue shared his thoughts about each of the ten contest entries from a teacher's perspective. Finally, Gerald Lucent of Donkey Mill Art Center announced the winner of the contest, "The Gift of Kū" by Caren Loebel-Fried.

The contest judges chose the "The Gift of Kū" due to its powerful rendering of the legend of Kū, who in a time of famine transformed himself into a breadfruit tree in order to feed his family and community. Contest judges felt that this message was in alignment with the Breadfruit Festival’s goal of promoting breadfruit as a culturally appropriate food source to enhance food security in Hawai‘i. “The Gift of Kū” is a print the artist hand-pulled from a carved linoleum block, printed on Kozo, a Japanese rice paper, and hand-colored with inks. Caren is a second-generation carver and learned the art of block printing from her mother. Her art is inspired by the natural world of Hawai‘i and the legends told long ago by the people who settled there. Caren has written and illustrated six award-winning books for children and adults on the legends of Hawai‘i.

This art contest—along with the Youth Art Contest that is currently underway—is part of the educational outreach associated with the Breadfruit Festival—Ho‘oulu ka ‘Ulu which will be held at the Amy B.H. Greenwell Ethnobotanical Garden in South Kona on Saturday, September 24, 2011. The art contests celebrate the beauty of the breadfruit tree and fruit as well as honoring the rich cultural heritage and future role of breadfruit in Hawai‘i. “The Gift of Kū,” will be reproduced as a collectable poster, which will be sold at the Breadfruit Festival as a fundraiser for the project. Additionally, all of the finalists’ pieces will be displayed at the festival, where many of the original artworks will be available for purchase.

Additional information can be found at www.breadfruit.info.

This contest is sponsored in part by the Hawaii Tourism Authority’s Kūkulu Ola—Living Hawaiian Culture Program. 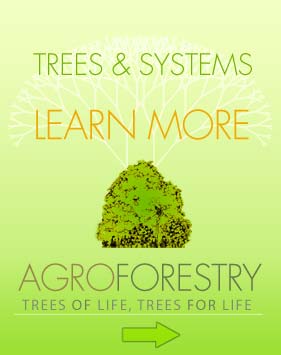